I am quite often asked where my ideas come from. In the case of my work in progress, the spark was my own odd collecting habit... 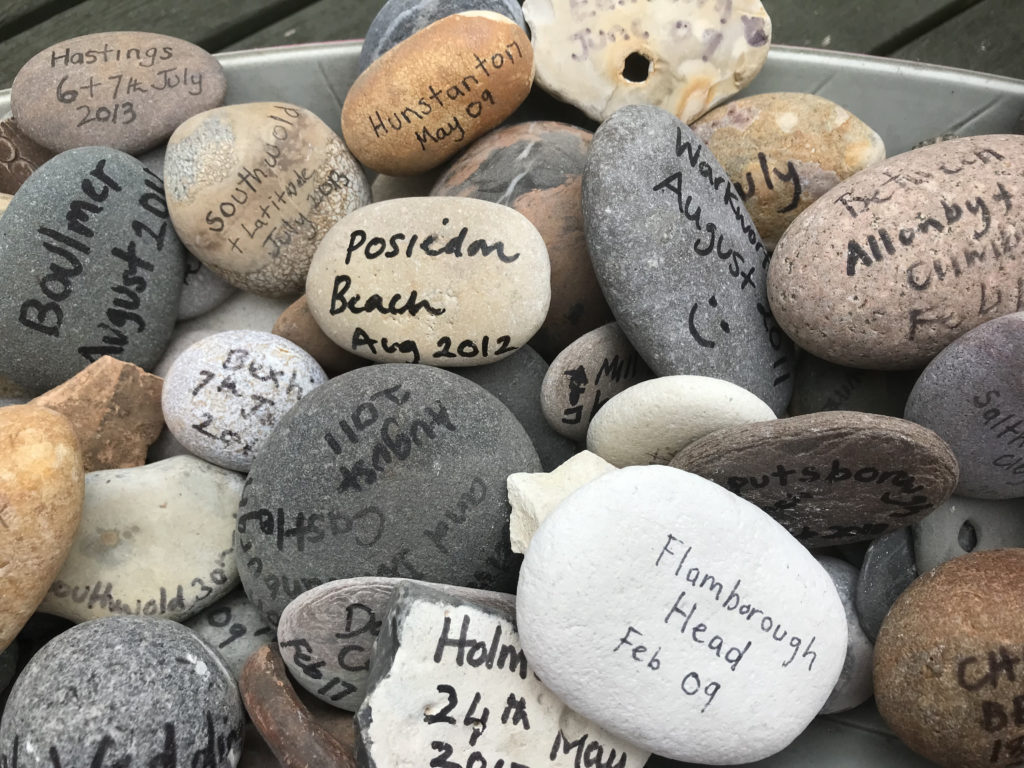 The main protagonist of my fifth novel is a bereaved woman who decides to retrace the story of her marriage by revisiting the places marked on her collection of pebbles.

Put baldly like this (and you’re always supposed to be able to describe a novel synopsis succinctly, just in case you are ever trapped in a lift with a famous movie director) it sounds a little strange. Who, after all, goes around picking up pebbles and marking them with a Sharpie?

Well, the answer is I do. Or at least I have. The collection has tailed off rather in recent years, which may say something about growing older and being less excitable and prone to feeling the need to commemorate occasions, or perhaps it’s simply that my bowl is full to the brim (which sounds like a euphemism, but most definitely isn’t). Starting a second bowl would be a step change from something that might be viewed as an amusing eccentricity into more worrying territory.

I’ve often wondered why people have collections. Men are more prone than women, of course. It’s surely something to do with hanging on to childhood (Freud would have you think it’s to compensate for escaped turds), or perhaps it’s born of the same impulse that often makes men climb to the highest point of any terrain so that they feel they have a full and proper grasp. We acquire things to give us the illusion of control, to link the past to the present or because we think we might make a fast buck. We sometimes gather things to make ourselves feel safe and to protect ourselves from sadness.

The contents of my bowl were acquired, I think, as markers for specific places where something significant – sorrowful or joyful took place. I like to imagine, just like the protagonist of my novel, that they tell the story of my life. That laid out, in date order, I would be able to demonstrate that I have been a witness to what has taken place. The thing about stories though, is that they often turn out to be unreliable narratives…..